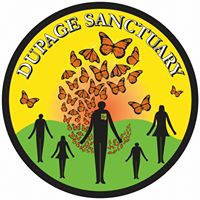 As tens of thousands of asylum seekers flee dire poverty in Honduras, the most violent country in Latin America, DuPage Solidarity with the Asylum Seekers calls for bearing Christian witness, solidarity and compassion with our brothers and sisters walking thousands of miles, hoping for a life of greater dignity and decency in the United States. In a nation that controls half of the world’s wealth and only 6% of the world’s population, we want to show that we will not harden our hearts to our precious brothers and sisters at the border and the children in their arms.

Over the past two months, the Asylum Seekers Project has brought together churches and individuals collecting clothing, toiletries and goods for our brothers and sisters seeking asylum.  Where politics and politicians have sought to scapegoat asylum seekers leaving failed states and desperate conditions (as have all immigrants before them) in Honduras, the DuPage Solidarity Project seeks to show radical compassion, affirming their dignity and decency as brothers and sisters made in the image of Christ who need our help.

Join us on Monday, March 4,  for a prayer service blessing the donations at the Roman Catholic Diocese of Joliet, Blanchette Catholic Center, 16555 Weber Road, Crest Hill, IL 60403-8719.  A group of local peacemakers will be leaving from there for Catholic Charities in Brownsville Texas on Monday, March 4.  There will also be a prayer service on Sunday, March 3 from 12:30 – 1:30 at the Lombard Mennonite Church 528 E Madison St, Lombard, IL 60148, as well as one at St. Margaret Mary Catholic Church, 1450 Green Trails Drive, Naperville, IL 60540 at 4:00 PM.

‘This Caravan Project is for our Central American brothers and sisters with the intention to let them know that they are not forgotten, that we are bringing these supplies as as sign of our love and solidarity with them in time of need, when we as Christians and people of conscience are most called to act.  The Bible says give happily what has been happily given to you.”  says Gabriela Hernandez Chico of Immigrant Solidarity Dupage.

Watch for information on our Peace Essay Contest for 2020